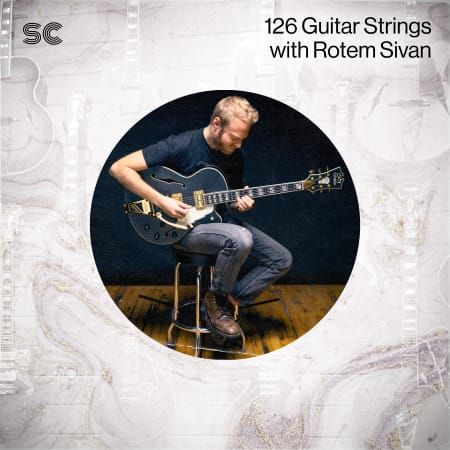 One Hundred and Twenty-Six Guitar Strings is the second in a series of sample packs from guitarist, producer, and composer extraordinaire Rotem Sivan, so named for the number of strings on the 20 beautiful D’Angelico guitars to record it (one was a 12-string). Rotem wrote and recorded nine delicious chord progressions in a variety of styles, and we tracked them using a Fishman Triple Play MIDI pickup for some extra synth guitar goodness.

Pristine MIDI files and innovative Serum presets will grant you an extra level of control. Enjoy these flowery progressions, emotive melodies, powerful basslines, experimental soundscapes, and more! Special thanks to Rotem Sivan, D’Angelico, and Fishman for partnering with Splice to create this sample pack.