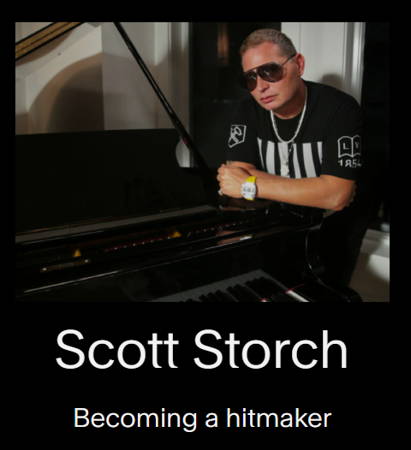 A Hitmaker with Scott Storch TUTORiAL

Get inside his hits
Learn from the mastermind producer behind hits like Dr. Dre’s ‘Still D.R.E.’ and 50 Cent’s ‘Candy Shop’. You’ll discover everything from his keyboard techniques to keeping things simple, composing strong melodies that make great tracks, looking for the perfect imperfection and finding that one sonic element which makes a track special.

Watch him create step by step
Follow his workflow for the first time as he lays out how to create a track from scratch. Watch him progress quickly and follow his range of techniques – how he lays the foundations, the plugins he uses when picking the sounds, how he defines the song’s structure and chooses the right tempo, and adds 808s to his beat.

Grasp the keys to his sound
Pick up on the valuable insights from the 30-year career of one of the most famous record producers of all time. Discover his methods for working with labels and major artists, dealing with egos in the studio and building a good vibe to get the best results from a session.

Scott Storch
Legendary producer
When Scott Storch ’The Piano Man’ is on the keys, he delivers hit after hit. Some of the biggest turning points in popular music stem from one lifelong musician behind a piano.

Grammy Awards
With eight Grammy Awards and sales of 100 million-plus to his name, he’s one of the top producers in the business.