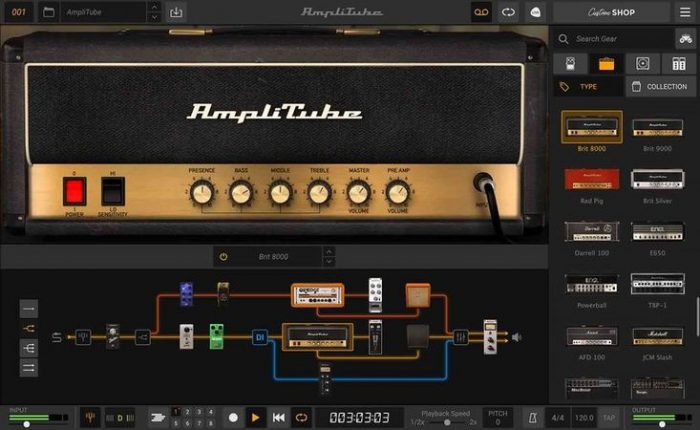 AmpliTube software has forged a formidable reputation over the years for offering a comprehensive array of digital tone-tweaking tools, but AmpliTube 5 promises to eclipse its predecessors with with a newly designed GUI that is fully scalable and supports Retina displays, an enhanced user experience, and more gear. A lot more gear.

All in, there are 129 new models, making for a total of over 400 gear models in the AmpliTube 5 MAX version, plus cabinet section that has been retooled using IK Multimedia’s new Volumetric Impulse Response (VIR) technology, improving power amp/speaker cab interactions for more authentic tone and feel. 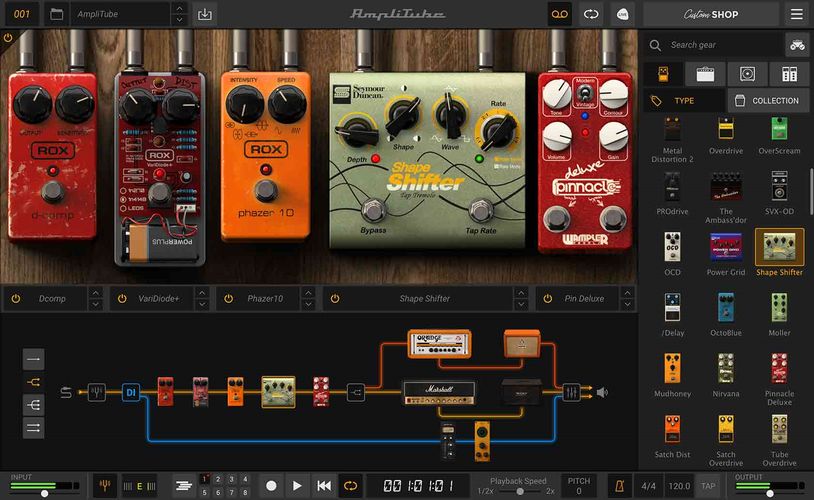 The VIR tech was developed by measuring 600 IRs per speaker of every existing and new cabinet model, making for 143,000 IRs in total, allowing for a three-dimensional grid interface for mic placement. You can also now import and load your own IRs.

Also new to AmpliTube 5, we’ve got an expanded, fully configurable signal chain that allows you to deploy a wet-dry-wet configuration and experiment with more complicated setups – series and parallel routing? Fill your boots.

Altogether, the signal chain can accommodate up to 57 simultaneous models of stomps, racks, amps and cabs.

To help you make sense of all this sonically and get the most out of the 8-track DAW, there is a newly designed mixer in the studio section. Here, you can put the finishing touch to your tracks.

Blend cab and mic sounds, add the DI signal and use its panning, levels, busses, levels and 19 onboard effects – some culled from T-RackS 5 – to add some pro-studio sheen.

Elsewhere, the AmpliTube Custom Shop has been redesigned, and the software is designed to work seamlessly with IK Multimedia’s AXE I/O and AXE I/O Solo interfaces.