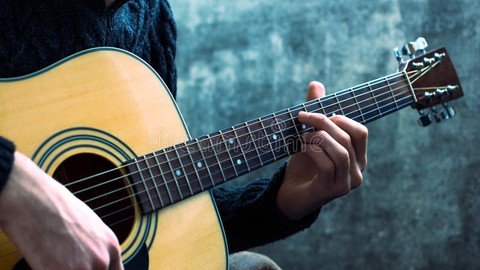 Now that we have worked our way through the basics of diatonic theory in our last course, that is to say, understanding major and minor scales and their harmonies, we’re ready to look at some styles that have strayed away from that system.

The most important influence on all the styles of popular music that break away from traditional European music, is Blues music- it doesn’t have to be your favorite thing to play or listen to, but whether you know it or not, there’s hardly a popular style in existence that doesn’t draw from it in some way or another. So it’s important to know how it works.

My goal here is not to get into the complicated history of the development of this style of music, though that is certainly a great area to study and learn about, but rather just to look at the technical aspects- What is actually happening in blues music that is so different that traditional diatonic systems, and how did those differences go on to influence rock music?

We’ll start by taking a look at the old chestnut known as the twelve bar blues, taking just a quick detour first, to look at the mixolydian mode, which is so important to the blues, and which, if you have covered your basic theory, shouldn’t be too complicated for you.

Learn the concepts behind the music you love to make you a better player.

•Learn to understand how Blues and Rock Music is Constructed
•Learn to recognize Blues influence in other styles of music.
•Know many basic soloing choices over Blues and Rock Chord Progressions.
•Learn to Play Advanced Playing Exercises that combine scales and chords.