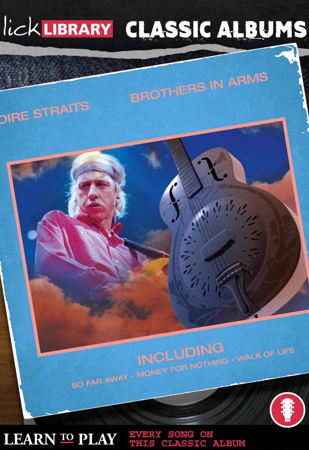 Learn to play the following:

• So Far Away
• Money For Nothing
• Walk Of Life,
• Why Worry
• Your Latest Trick
• Ride Across The River
• The Man’s Too Strong
• One World
• Brothers In Arms

In this guitar lesson course, LickLibrary veteran, Jamie Humphries walks you through the many highlights of each song from the rock giants one phrase at a time, including Mark Knopfler’s legendary guitar riffs and solos from the tracks; “Money For Nothing” and “So Far Away”, to the iconic title track “Brothers In Arms.”