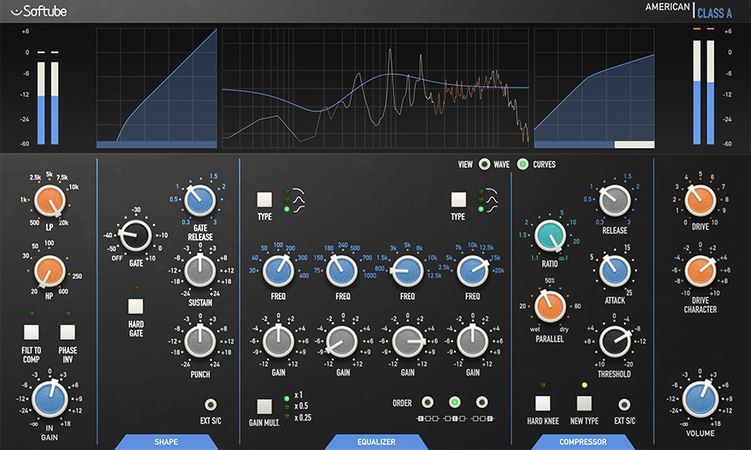 Dream big, sound bigger.
Gut-busting drums. Crackling, searing, face-melting guitars. Meaty, punching bass. Rich, up-front vocals. Wide-open, airy, living electronics. If you will it, it is no dream with the American Class A.

Based on the greatest classics of American mixing console hardware, this channel strip is fast and easy to work with, and brings a truckload of character to the party. Both an expansion to Console 1 and a standalone plug-in, American Class A has it all.

* No iLok Driver is required to run.
* Our release loads faster and uses less memory than original.