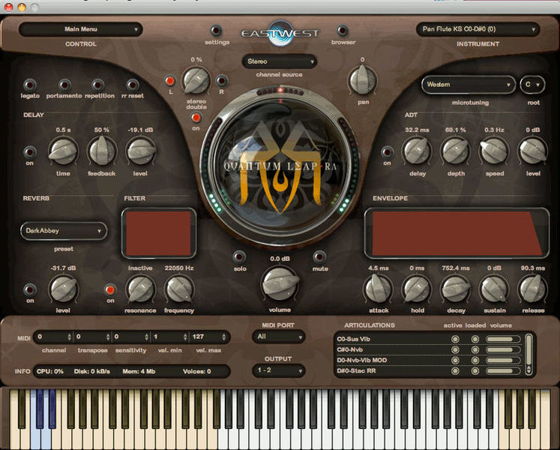 Unearth these rare and beautiful instruments from ancient lands around the world. Produced by award-winning producers Doug Rogers and Nick Phoenix, RA features a massive collection of world instruments from Africa, Europe, the Middle East and Turkish Empire, India, the Fast East, the Americas and Australia. RA was created to preserve and recreate instruments from across the world in pristine detail, and offers you the opportunity to either exert control or allow each carefully-recorded phrase to play out naturally.

You need R2R PLAY/OPUS release to use this library.