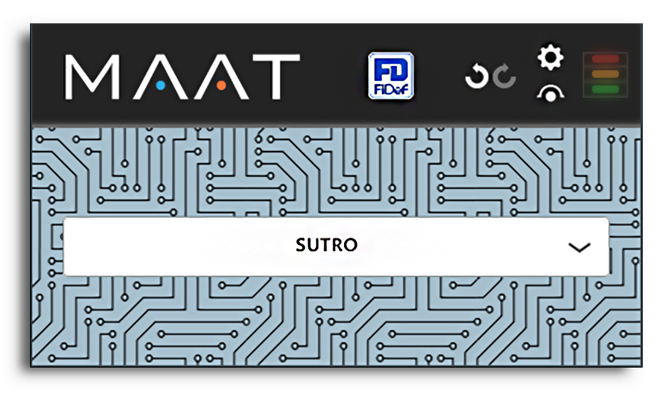 Available for all major plug-in formats, including VST 2, VST 3 and AAX native for macOS and Windows plus Audio Units for macOS, FiDef is a patented, 64 bit audio processor like no other. Brain science takes the lead in this subconscious signal generator that compels the listening to lean in and…engage!

The Quest
Since Edison’s first wax cylinders, the history of audio capture and playback can be summarized as the increasingly technical pursuit of a seemingly impossible goal: lifelike replication of the actual listening experience…The advent of digital technology, while solving many of the problems inherent in analog recording and playback, brought with it other challenges. At the same time, new enabling formats such as DXD (Digital eXtreme Definition) and MQA (Master Quality Authenticated), along with consumer trends toward uncompressed HRA or High Resolution Audio releases of music catalogs have brought new levels of fidelity to the home. Yet, even the highest fidelity digital playback still exhibits a level of reserve that keeps the music at arm’s length, not always allowing it to embrace and move us. Low fidelity or hi–fi, analog or digital, FiDef makes for a deeper, more satisfying connection.

The Solution
While listening to a vaiety of recordings, an audio professional thought to himself, “Why do some recordings sound better than others?” He recruited an audio physicist and a musical neuroscientist while analyzing arrays of audio recordings to identify elements of sound that psychoacoustically engage the listener. Isolating the mechanism allowed them to develop a unique solution that synthesizes essential content from the material itself, inserting that dynamic information at low amplitude into the content. After years of development by a team of engineers with decades of industry experience, early in 2016 FideliQuest introduced FiDef™ audio processing, the first and only technology that restores what all recording and playback systems take away, whether analog or digital.

Think of a common, non–harmonic, sub–audible signal all good engineers use to linearize digital audio; dither. The FiDef system also generates an anharmonic, sub–audible broadband signal. The difference is that FiDef does not modify the music itself in any way but instead is added to the music. Also unlike dither, it is correlated to the source audio. This is not noise for noise’s sake. This is a dynamic, correlated and spectrally shaped signal. The signal, based on FideliQuest research into the human auditory system, is customized to directly stimulate the brain, bypassing cognitive processing. The manifold results include less brain activity required to process incoming stimuli, with a resulting increase in perceived nuance and tactility from music, speech and effects. FiDef informs your brain of the subtle potentials within a recording. Hear more of how the song was played, not recorded.