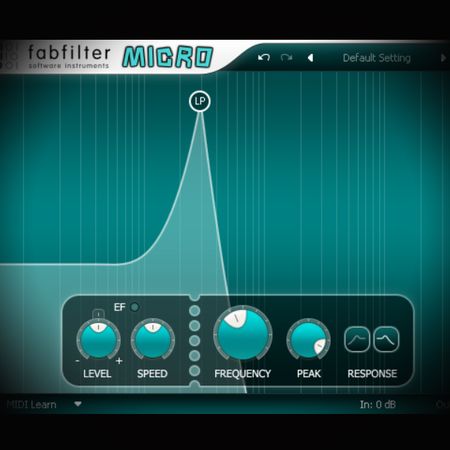 Step Sequencer
Every time you use your DAW to create a series of midi notes to trigger an event or sound it is termed as a sequence. A sequence of midi notes are played in your DAW from left to right in line with the timeline of the project. Each note triggers a sound or an event. This is the most basic form of step sequencing because step sequencing itself uses midi data to trigger events and sounds over a timeline. You could, in effect, create a midi channel, select a midi source to lay down the midi data (midi keyboard) or use the pencil tool and draw in midi notes to form a sequence that is then triggered on playback. You could then assign these midi notes to modulate anything you choose and in this tutorial, it will be filter cut-off and resonance. This type of note inputting and re-triggering gives you huge control and flexibility but it can be time consuming and laborious.

A better option might be to use a dedicated step sequencer that has a built-in grid where you can input notes and edit them to taste. The sequencer will be synced to the BPM of your track and you will be afforded some dynamic tools to shape the note data or add accents to notes and so on.

Step Filter
Step Sequencers are great fun to use when writing sequences of music but they come into their own when used as modulators to trigger the various features of a filter unit. But why not use a step sequencer that is actually a dedicated filter sequencer to control both the filter cut off and filter resonance? In other words, you have only two destinations to play with – filter cut-off and filter resonance, but you have full midi note entry control along with pattern triggering and pattern modes.

However, before we can jump into this wonderful process let’s take a look at what a filter is and how it behaves.

Cut-off frequency
This is the point (frequency) at which the filter begins to filter (block or cut out). The filter will lower the volume of the frequencies above or below the cut-off frequency depending on the type of filter used.

Analogs use circuitry and for that reason alone, it takes time for the filter to attenuate frequencies, in proportion to the distance from the cut-off point. Today’s technology allows for instant cut-off as the filter attenuation is determined by algorithms as opposed to circuits. That is why the filters of an Arp or Oscar etc, are so much more expressive and warm as they rely completely on the resistors and capacitors to first warm up, then to work but in a gradual mode(gradual meaning sloped or curved as opposed to instant). Depending on how well a filter attenuates or the way it attenuates gives us an idea of the type of sound we will achieve with an analog filter.

Slope/Gradient
The speed at which the filter attenuates is called the slope or gradient. Another point to raise now is that you will often see values on the filter knobs on analog synthesizers that have 12 dB or 24 dB per octave. That basically means that each time the frequency doubles, the filter attenuates by 12 dB or 24 dB everything at that frequency. These are also known as 2 pole or 4 pole filters, each pole represents 6 dB of attenuation. This is how analog circuits were built, the number of circuits being used by the filter to perform the task at hand.

Boosting the narrow band of frequencies at the cut-off point is called resonance. If you were to boost the resonance to the maximum, then the filter will begin to self oscillate. This means that it will generate an audible sine wave, more like whistling, even when receiving no input signal.

In Using a Step Sequencer to control Filter Cut-Off and Resonance video I show you how to create step sequences using Cubase’s stock Step Filter plugin. I explain exactly how this process works and run through countless sequence examples showing you what a dramatic effect one sequence can have on a filter let alone using two simultaneously. I run through different filter destinations and show you how to get the best out of your sequences, patterns, and filter setups.

Plugins used in this video:

Topics covered in this video are: