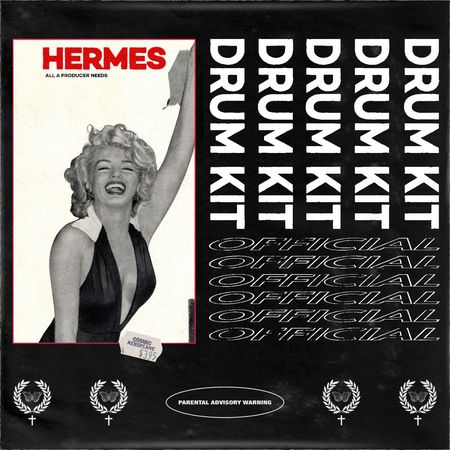 This is the first kit from Hermes. Hermes is a sound engineer, so for this kit he set out to re-produce a lot of the sounds from billboard trending songs. The 808 used in “Yes Indeed“, Clap used in “Drip Too Hard” and Southsides real are some of the sounds that this kit features.
Aswell as those sounds, Hermes has also improved a lot of regular sounds, properly processed the “zay 808” to sound clean in the mix, made the “spinz 808” have more upfront power while also taking away the wrong distortion.
The kit also features new sounds Hermes have been working on, so it isn’t only improved sounds. There are new 808 types, which he has made with serum, bass guitars and other instruments.
This kit includes:
•808s – 23x (3 Folders; “Go To”, “Unique” & “Billboard Featured”)
•Claps – 14x
•Hi-Hats – 13x (+ Real Southside Hat)
•Kicks – 5x
•Open Hats – 5x
•Percs – 13x
•Rims – 8x
•Snares – 7x
•Stash – Thas a gift 😉