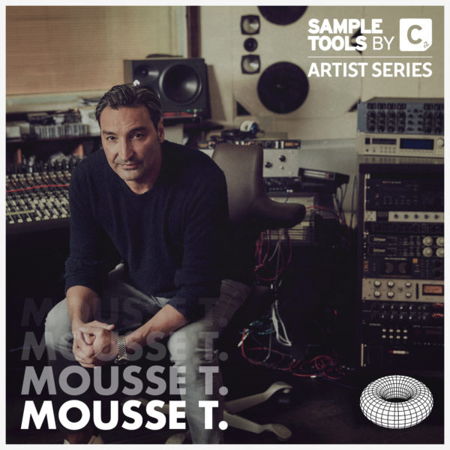 This package includes both Mousse T. Volume 1 and his production masterclass where you can see inside the creative mind of the legend himself!

Having joined forces with the music industry giant Mousse T., Sample Tools by Cr2 is proud to present the next colossal sample pack in our exclusive Artist series. Having released his first sample pack over 25 years ago, he’s taken to the studio to create another astonishing arsenal of funk-infused sounds, handcrafted especially for you to use in your productions!

INTRODUCING: MOUSSE T.
With a career that spans three decades, Mousse T. is one of Germany’s most prominent musical exports. His award-winning discography demonstrates his innate musicality that shines through on every release, whether it be his chart-topping productions, sublime remixes, including those for Quincy Jones, Micheal Jackson, Nuyouican Soul, Diana Ross, Ann Nesby, Byron Stingily, and Boris Dluglosch, or his self-written songs. While his talents have been recognised commercially, Mousse T. has maintained his underground pedigree by consistently pushing the boundaries of electronic music, curating an illustrious catalogue that remains evergreen.

Having started his career playing keyboards for the relatively under-the-radar band Fun Key B, Mousse T. soon broke through as a solo artist, opening his own recording studio and DJing on Hannover’s growing club scene. Not late after that dominating the charts with releases such as ‘Horny’ and Tom Jones’ ‘Sex Bomb’ in the late ’90s, and working with artists such as Roy Ayers, Byron Stingily, Andreya Triana, Bootsy Collins, and Randy Crawford, his success continued with an Ivor-Novello Award, Grammy Award nomination for his remix of Michael Jackson’s ‘Ghosts’, and three studio albums, most recently releasing Where Is The Love in 2018, a charismatic and sophisticated reminder of his gifted abilities.