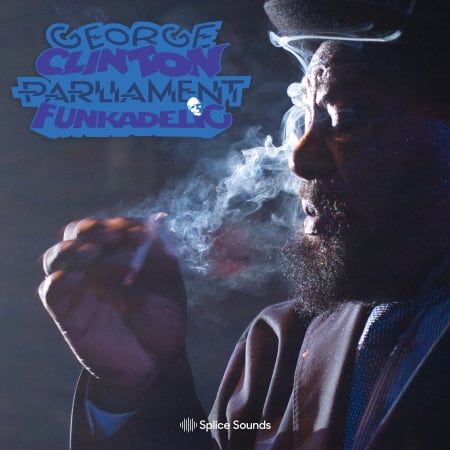 For over 50 years, George Clinton has been keeping the funk alive with various iterations of the Parliament-Funkadelic, now the P-Funk Allstars. Since the 1960s, their distinctive funk style has drawn from psychedelic culture, outlandish fashion, science-fiction, and surreal humor. Their music, aesthetics, and performance style greatly influenced subsequent funk, post-punk, hip hop, and post-disco artists of the 1980s and 1990s, while their collective mythology helped pioneer Afrofuturism. According to NPR, “without Clinton, we’d have no NWA, no G-funk, no Tupac, no EPMD, no Ice Cube…and, of course, no one’s forgotten about Dre.”

This pack carries on the father of funk’s legacy with a diverse palette of the genre-blending sounds he’s known for such as live drum loops, funky vocal hooks, groovy bass lines, spacey synth textures, staccato horn phrases, and more.