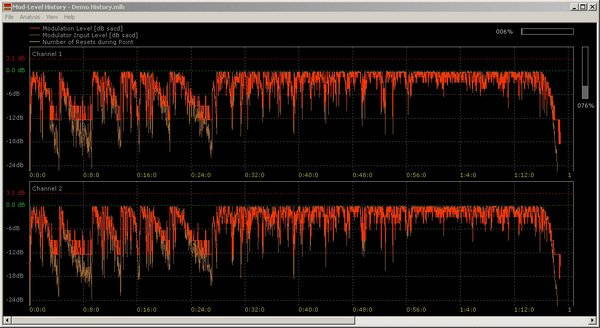 SARACON is now available for MacOS Catalina (10.15) and higher. And now supports .dsf files for the DSD conversion.

Saracon runs on Windows™ or macOS™/OSX™ platforms and comes in two variants: SARACON and SARACON-DSD. The latter obviously also supports DSD conversion in both directions, including DSD64 and DSD128 variants. SARACON is a batch processor working on source and destination files. It does not support streaming modes. Many standard input and output formats are supported. POW-R dithering is a standard feature as well.

The output word-length can be set to 16, 20, 24 or 32 Bits fixed point, or to 32 or 64 Bits IEEE floating point. Plus DSD. The word-length reduction uses flat TPDF dithering as well as any of the three POW-R dithering algorithms.

In terms of file formats as input or output SARACON shines with a plethora of supported formats, including wav, aiff, au, bwf, sd2, caf, paf, mat, raw, dsf, dsdiff, FLAC, Ogg/Vorbis. The number of channels is unlimited in a PCM to PCM or DSD to PCM conversion, while it is limited to six in a PCM to DSD conversion.

The conversion algorithms are based on our several decades long experience with sampling frequency converters. The user interface is tidy and a simple – as one would expect from a professional tool. A sine wave generator is built in for testing purposes.

The DSD version of the SARACON sports some additional, DSD specific features like an extensive DSD conversion analysis with log files, selectable interpolation/decimation filter sets, flexible input to output channel routing, different modulators, each with its own options like gain, dithering etc.. Note: All DSD specific features are supported by the SARACON-DSD version only.