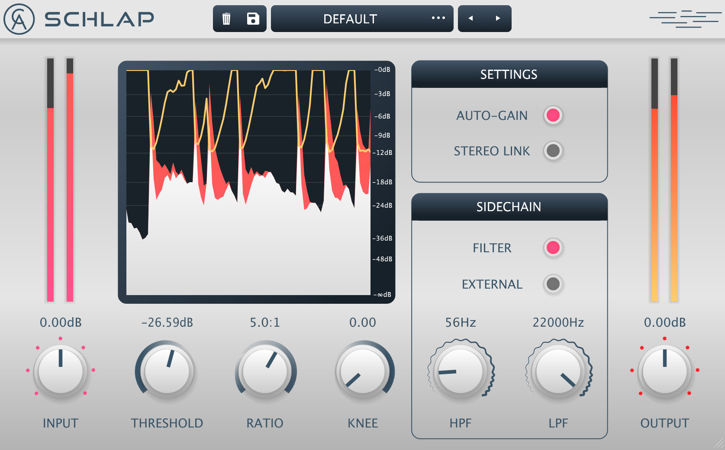 If you want your tracks to be energetic, in-your-face and bold, make ’em “Schlap”. Schlap is a characterful, colourful and aggressive sounding program-dependent compressor. It takes inspiration from hardware RMS compressors of the past and evolves them into a modern setting.

The compressor uses a program-dependent attack and release influenced by old hardware making the compression sound characterful and dynamic. The RMS detection means that Schlap detects the average loudness of a signal, resulting in sudden short peaks being uncompressed so that they can attack hard and sound heavy hitting. Also inherently in RMS detection, there is a slight delay in compression which allows the initial, early transients to sneak through uncompressed so they keep their punch.