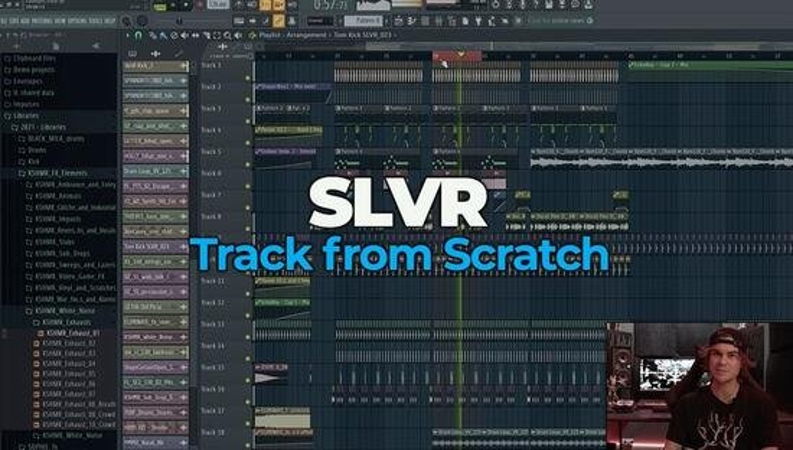 Alessandro Silveri, better known as SLVR (pronounced “silver”), is a 24-year-old producer based in Lecco, Italy. Despite his age, SLVR has already become known for his versatility, with his productions ranging vastly between Bass-House, House and UK Garage.

He defines his union of these genres with one word: “Booshi”. It stands not only as a unifier of different music genres, but also as a mood and a way of being, representing a high-quality product with an “underground” nature. His electric stage presence and talent have led him to appear on stage next to several giants of electronic music, from the likes of Skrillex, Martin Garrix, Marshmello, Nicky Romero, Crookers and many more.

Over nearly three and a half hours, you’ll get to ride alongside SLVR as he produces an intense, club-ready tune from scratch. You’ll learn how to assemble a groove, program bass and synth lines to play off of one another, develop tense and exciting breakdowns, and fine tune your track with a DJ-ready master. This is a one-of-a-kind course from a one-of-a-kind artist.