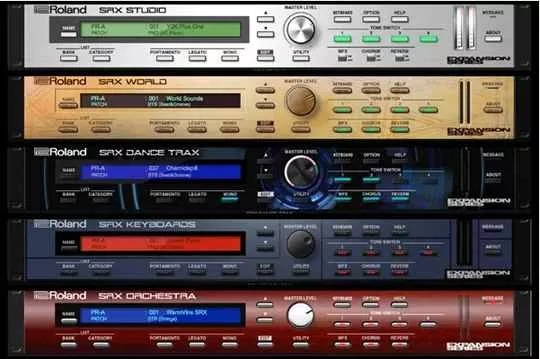 Roland SRX vst3 serie with all the original sounds, including those that were removed by Roland to avoid copyright problems.

The official Roland vsts aren’t hardware accurate because they have missing sounds from Spectrasonics that they removed.

For example, ULTIMATE-KEYS is a port of SRX-07, which wasn’t ported to Roland Cloud because it had Burning Grooves and Liquid Grooves sounds for the drums as well as Trilogy for the basses.

Same for SRX DANCE TRAX, here with all the sounds now.

Important note:
to avoid any conflict, if you use the original together with these ones, you should use the original in vst2 format.
Correspondances are as follow:
SRX DANCE TRAX = SR-JV80-CUSTOM
SRX ELECTRIC PIANO = SRX1-DYNAMIC-DRUMS
SRX ORCHESTRA = COMPLETE-ORCH
SRX KEYBOARDS = ULTIMATE-KEYS
SRX WORLD = WORLD-COL