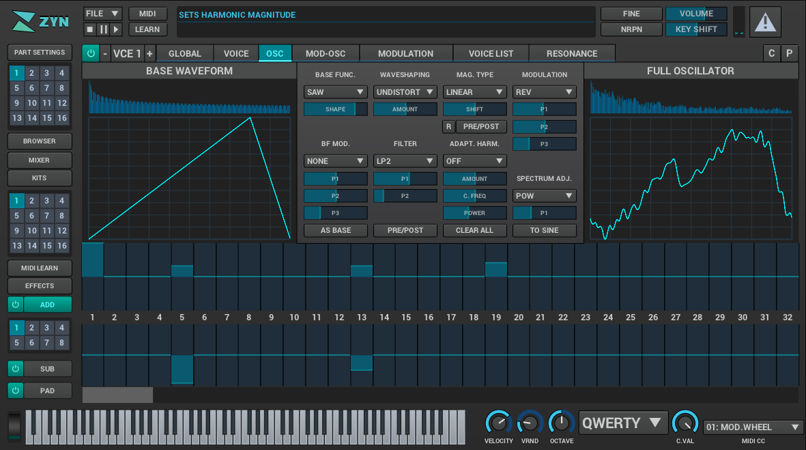 Haven’t You Heard Zyn?
The ZynAddSubFX synthesizer project was first released nearly 15 years ago by Paul Nasca Octavia with such an incredible feature set (warm, analog sound, powerful modulation, and a complete set of built-in effects), it quickly became a benchmark for what software is capable of. Add in the fact it was open-source and free and you will understand why Zyn is still relevant a decade and a half later. With years of active maintenance and refactoring completed for the 3.0 release, Zyn-Fusion is an up-to-date, classic, audio-powerhouse.

Modernizing a Synth Ahead of Its Time
Zyn was plagued with a difficult to use interface and unstable, unofficial plugin versions. Fusion blows those issues away with a complete redesign and rewrite. Powered by a new custom window toolkit: zest, Zyn is now ready for any platform. With total separation of the UI from the synthesis engine Zyn-Fusion is enabling powerful features such as the new, officially-supported VST plugin version, remote control of a headless CPU with the UI on touchscreen, even multiple UI windows controlling a single sound engine. By fusing 28 windows of fine grained control into one, Zyn is now controlled with a single window design of tabbed views for a consistent, navigable interface. You think you’ve heard the sounds before, but you’ve never had the precision control of Fusion.